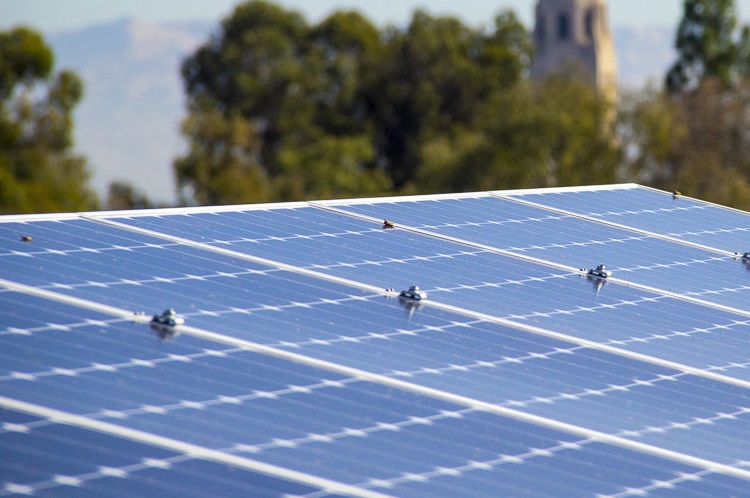 Posted at 10:32h in Solar News Global by Administrator 0 Comments
Much like the mighty redwood tree featured in the school’s logo, Stanford University, through a deal with developer Recurrent Energy, will now get all of its energy needs from the sun.

“This power purchase agreement with Stanford University demonstrates Recurrent Energy’s ability to work with a diversified customer base in California and across the U.S.,” said Dr. Shawn Qu, chairman and CEO of Canadian Solar, in a release announcing the deal.

“We’ve long partnered with different types of load-serving entities, such as investor-owned and publicly-owned utilities, and we’re a known leader for our partnerships with CCAs. Now, we are delighted to also demonstrate our ability to meet the needs of direct access customers.”

Stanford now joins the University of Richmond and Massachusetts’ Hampshire College as the only schools in the nation capable of entirely offsetting their electricity usage with solar. The University of Hawai’i and University of California systems have both got in the mix as well, making 100% renewable energy a near-future goal. Additionally, Duke Energy supplies the University of North Carolina system with 250MW of renewably-generated electricity each year.

“As a university, we are pursuing an ambitious plan to further reduce our carbon footprint, and our second solar plant is a critical new component of that plan,” said Stanford President Marc Tessier-Lavigne in a Stanford news release touting Stanford Solar Generating Station #2.

“Sustainability is a major focus for Stanford and a priority for our local community. Completing our transition to clean power builds on the groundbreaking research of Stanford faculty and students, and it marks a major advance in our efforts to provide a sustainable learning environment for our campus.”

Note: The original version of this article stated that the University of North Carolina was receiving solar from Duke Energy’s Green Source Advantage Program, which was not accurate.