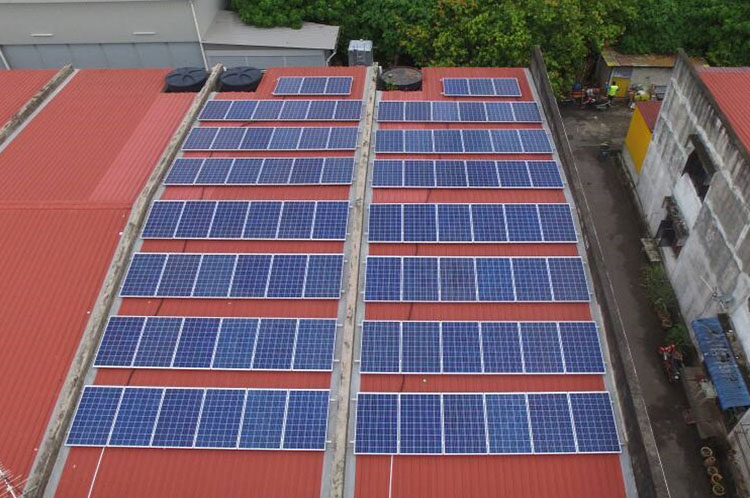 Posted at 15:48h in Solar News Global by Administrator 0 Comments

Solar energy is the power provided by the sun, harnessed through technology called photovoltaic (PV) cells, which turn sunlight directly into electricity. It means when sunshine hits the PV cell, the photons of light excite the electrons in the cell, causing them to flow and generate electricity. Homeowners around the country, and cities around the world are installing solar panel systems on their roofs to take advantage of this clean, renewable way to generate power.

Here are the reasons to make the switch from traditional electricity to solar power.

Unlike conventional power, solar produces no harmful emissions that hurt the environment. It’s a clean, renewable process that uses the most natural of all resources: the sun. In most of the countries, fossil fuels are used to generate electricity we consume, and the resulting emissions from the combustion of those fuels aren’t good, including:

The investment that you make in solar, will add its exact property value–or more–to your home, should you decide to sell it later on. In addition, it saves you money from your energy bill each month.

In a challenging market, solar panels can even be the difference in selling your house or not, an added bonus that gives potential buyers a reason to consider your house over others as their next long-term home.

Solar panels have no moving parts, and so are not damaged easily.  This lowers the chance for an interruption in service. All solar panels are exhaustively tested to ensure that they can withstand high winds and extreme weather conditions, such as hail and heavy snowfall.

The signs are everywhere. Even pushing against the agendas of fossil fuel companies and dirty energy generators, the future of energy is renewable and clean energy. For the first time in 2017, renewable energies will make up most of this year’s additions to the power grid. Solar, natural gas, and wind together make up 93% of the total  26 gigawatts (GW) of utility-scale generating capacity that will be added this year.

The U.S. has risen to the 4th highest usage of solar PV power, still lagging far behind China, Germany and Japan in cumulative solar capacity. And just as with any major change, every person, every step helps!

By converting to solar energy now, you have the chance to be one step ahead, to join the innovators and trailblazers around the world.

Solar PV generates energy from the sun that converts into electricity, which you can use to power your appliances or any devices that needs electricity. Solar PV is a great investment in the long run because you’re able to generate your own electricity without even have to worry on high-maintenance costs.

When you start to generate your own electricity, you are also starting to significantly lower your bill. The reason for this is that you will no longer be dependent on the electricity coming from the utility company; therefore, you’re hedging against the continuous rise of electricity rates. And although you may still have to draw electricity from the utility grid, it will still be at a much lower rate, thus, allowing you to save more money on electricity expense.

However, the amount that you can save will depend on your average electricity usage and the size of your system. Remember, the larger your solar system is, the more energy from the sun it generates.